We have been involved with Ridgebacks for over 28 years, breeding occasionally, aiming for true type, soundness and most important of all...........stable temperament.

We brought our first Ridgeback into our family in 1985.... our foundation bitch Cindy, Jarracada Colliet.  Cindy was true to type with a superb temperament.  With her we fell in love with this unique breed, and was our inspiration to become further involved and learn more about the ridgeback.  She grew up with our two young children, and was part of our family for 13½  years.  Cindy gave us two litters, the second of which we kept a brother and sister Sarah and Rocky.  Both were titled very easily, even though we were new to the show scene, and probably didn't do them justice.

Today we endeavour to produce puppies for show, obedience, and most important of all, great companions, as that is what they do best.

Our history with the RRCV

We have been members of the Rhodesian Ridgeback Club of Victoria Inc since 1985, we have both served on committee over the years, being involved in the organisation and running of the World Congress and National Show in Melbourne 1996, and the more recent National in 2004.  Merlene has been a member of committee since 1994 until present day (having a break for a couple of years in 1999/2000).  Positions held have been Publicity Officer, Assistant Trophy Steward, Assistant Secretary/Show Secretary for 3 years, and present positions, since 2001, still held, include Trophy Steward, Tattoo Convener, Breed and Historical Records and Editor of the Club's bi-monthly newsletter.

We have been active supporters of the Club's lure coursing since the early 1990s, with Peter building and donating the present lure coursing equipment to the Club.  Peter has been a Club tattooist since 1998 to the present day.

We are both Life Members of The Rhodesian Ridgeback Club of Victoria Inc.

We are located in the outer north of Melbourne, on 4 acres.  Our dogs enjoy lots of exercise and fresh air, and love the occasional swim in our dam.

Because of a back injury to Merlene, I no longer can show my dogs, which is a great disappointment to me.  I am very lucky to have some wonderful people who have offered their time to show for me.  Consequently our dogs don't get into the ring very much, but have been able to enter Specialty shows, in Victoria and interstate.  We don't see showing as the most important activity our dogs can do, as we prefer to be more involved in pet expos, lure coursing, Club fun days etc. which promote and help educate the public about our wonderful breed. 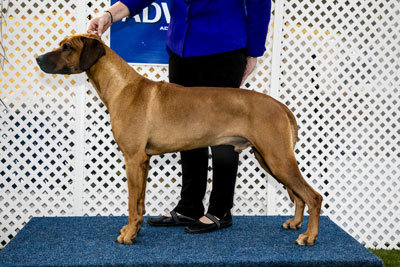 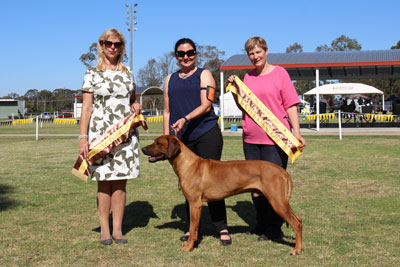 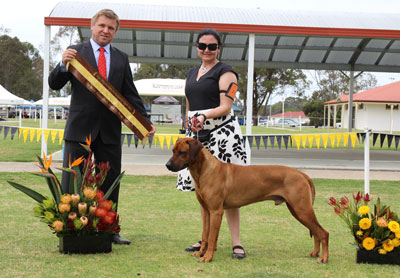 *** LOOKING FOR SOMETHING SPECIAL FOR YOUR PET ***

"CLICK HERE"  to buy beautiful BLING collars for your dog or cat. 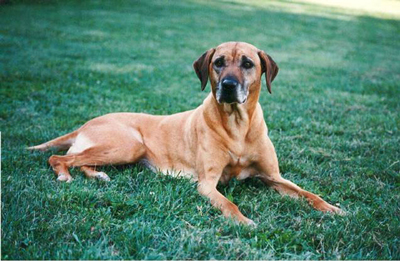 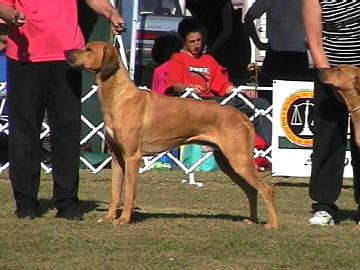 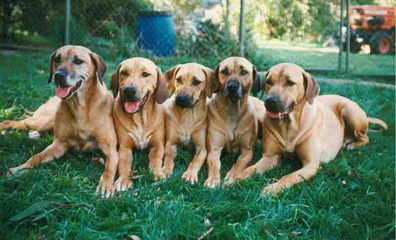 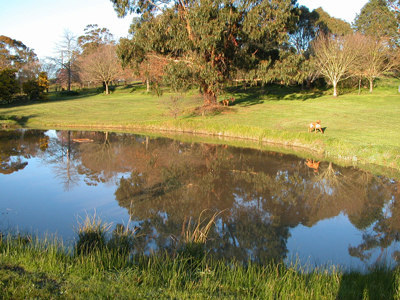 We are situated in the outer north of Melbourne, Victoria, Australia

Life Members of The Rhodesian Ridgeback Club of Victoria Inc